I decided to go back and visit the Clayhills Pumping station. I went on the bike and even had to go over a level crossing. In a car this is not normally a problem, except this was a dead end and I was on a bike.I even spoke to the signalman who opened the level crossing to let me across. 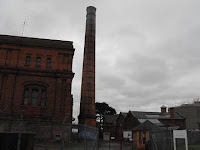 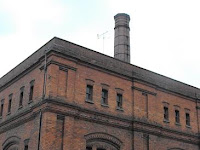 The real shame was I had arrived to early, two days early, as it was open again till Thursday.

As I passed out of BOT I had to include this 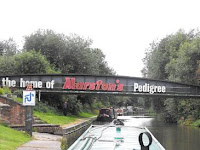 I again had not intend to have a long day, but there was no space at Barton so I pushed on to Alrewas. Again I struggled for space, esp as it was getting on for 6pm. I met Mike and we had a very pleasant pint or two and so food at the Crown.

I am not sure what the plan is for tomorrow is yet as the Crown has an acoustic night on a Wed I might stay, but if the wheather is fine I might push on. It does seem however that this is meant to be a holiday and I keep pushing on....


ps
Mags, sorry have been smoking today( before Mike says anything)
Posted by Whitewater at 8:54 pm