Well I am back at stone after leaving Red Bull this morning. I misjudged the amount of locks I had to go through by one, but it made me a little late for the journey back through Harecastle. It did however give me the chance to have breakfast and do the washing up. 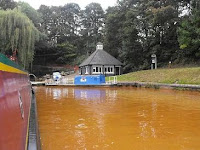 I was first in the queue, so was able to hit the top of Stoke flight before the boat behind me. Just above Festival Park the fireman where having a practice rescue from a bridge.. 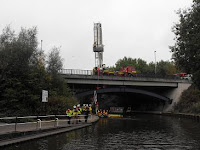 Its the saying how many fireman does it take to.....

I made great process through the flight as everything seem to be coming up. Which meant either boats where just leaving the lock or they where coming up to it so I could leave the gates open. This is even happened at Trentham Lock

Today seemed to be a day of miscounting as I completely forgot a flight of four locks before I hit Stone. Even those I meet with other boats who gave me a hand. As my luck was in I thought I would tackle Stone flight even though I had been going 6 hrs.
As I was going down I saw a working pair on a long line, which is unusual.. 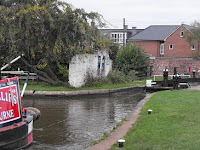 I managed to get through the flight, but had to tie up way down the moorings. So after a long day I having a night in.

I do however include a few photos for friends, hope they can guess which one is for whom 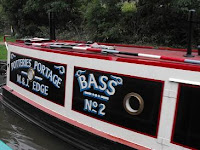 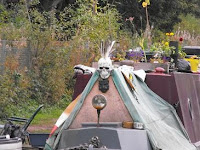 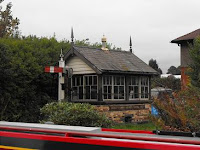 Posted by Whitewater at 8:28 pm

I wonder who the pictures are for!
Paul, Bones & Mike? It seems like you had an excellent days boating.
Mags